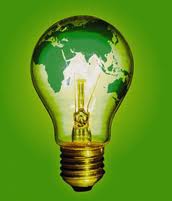 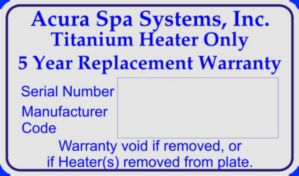 The Magnaflow pump is powered by A.O.Smith, Magnetek, Emerson, Marathon Electric, Franklin Electric, SNTech, Regal Beloit or Century motors and not by inferior quality motors. Even though motor manufacturers may have different physical motor configurations (for example, capacitors and terminals in different locations), all motors are made per our pump performance specifications. Acura Spa pumps are produced and shipped per our model numbers with any of these motor brands.

A jet spa pump motor, also known as a high speed pump operates at 3450 rpm in order to produce water jet pressure. However a circulating pump motor only operates at 1725 rpm to pump water through the spa filter and the heater chamber. These pump motors, either high speed or low speed, are single speed pumps. The hot tub industry alsp has two speed pump motors that operate at 3450 rpm on high speed and 1725 rpm on low speed. The frequency for all motors sold in US, Mexico and Canada is always 60 HZ. All of our motors are 115 volts or 230 Volts. We also carry 50 HZ pumps for Europe and other countries that provide 50 HZ frequencies. For a replacement spa pump always check the motor name plate for proper voltage and frequency. All our are motors UL, ETL, CSA, CE and IP55 approved. Electric motor companies have produced spa motors to meet our pumps specification for various pump loads. We can provide a replacement motor with the same spa motor specifications.

Spa manufacture submit their spas for testing under UL standard 1563 for US, CSA for Canada and CE for Europe.

If you have a portable hot tub we can supply you with a replacement spa pump.

A $7 Handling charge is applied to all orders.

All products sold per our "Terms and Conditions" found in the "Support" section of our menu.

When your order is produced, the pump motor used (A.O. Smith, Regal Beloit, Marathon Electric, etc.) will be whatever is in stock in our factory at the time.